And our TeePublic shop, with sales twice monthly! 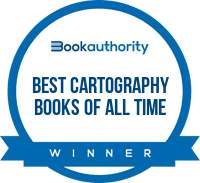 See what artifacts are out now from The Trekland Trunk... “Larry, I have listened to 'On Speaker' and it is something special. Thank you so much for putting this out. It would be a sin to lose this. I recommend this to anyone interested in Trek!”Ronald B. Moore, Star Trek Visual Effects 1987-2005

Thanks to the digital revolution, boxes and boxes of cassette tapes from my TREKLAND creator interviews — hundreds of hours of Trek talk recorded back in the day — are now being sorted, saved, remastered, and finally shared.

TREKLAND: On Speaker is a themed series that presents extended conversations with writers, producers, designers and all manner of crew, on-stage and off...when memories of their work were still fresh. These are not just sound bites or excerpts like you get in DVD bonus features, but rich, full, in-depth conversations. How to mark the grand 50th anniversary of Star Trek? We obviously weren’t around in the 1960s, so this special “command gold” On Speaker edition takes a different tack—as we spotlight the two amazing episodes from 20 years ago, in 1996, that each honored the original series on its then-30th anniversary. And we do it …. with a “you are there” set visit.

Yes! Hear the buzz of more than a dozen busy Trek staffers as they swarm about their respective soundstages for these two wonderful throwback stories: With the late GRACE LEE “Commander Rand” WHITNEY, writer RON D. MOORE, directors DAVID LIVINGSTON and JONATHAN WEST, 1967 “Tribbles” writer and 1996 extra DAVID GERROLD, makeup, set and costume designers MIKE WESTMORE, HERMAN ZIMMERMAN and BOB BLACKMAN…and even stage grip ED COOPER, who recalls working on both the 1996 and 1966 “Tribbles” episodes! Plus eight more to hear from.

And, as always: these clips IN THEIR OWN VOICES are all fresh from the SPRING AND SUMMER of 1996. For our fourth edition, we mark 2015 as the 20th anniversary of the premiere of Star Trek: Voyager—and thus all about "Taking Care of 'Caretaker"! For digging up the roots of the show that gave us Talaxians, EMHs, and Seven of Nine from here to the Delta Quadrant, you'll hear nearly an hour and 20 minutes from these long archival chats, never released before—with co-creator/ exec producer and Janeway's virtual character mother JERI TAYLOR, plus production designer RICHARD JAMES, VFX producer DAN CURRY and the late, great director RICK KOLBE—with comments and tales you've never heard before… And, as always: these clips are long, leisurely, and ALL IN THEIR OWN VOICES, from WINTER 1994 and SPRING 1995, to be exact. Following on from Vol. 2, our third disc honors DS9's emotional and epic two-hour finale episode on its 15th anniversary in 2014. Listen to over an hour and 14 minutes of four new segments from 1999 and 2000 long-form chats—never released before—with TNG/DS9 writer-producer RON D. MOORE, later of Battlestar Galactica fame, and prolific TNG/DS9/VGR/ENT visual FX producer DAN CURRY and TNG/DS9 VFX supervisor GARY HUTZEL, also of later BSG fame ... capped off by some 25 minutes with DS9's iconoclastic showrunner, IRA STEVEN BEHR... ALL IN THEIR OWN VOICES, FROM SPRING 1999 and 2000. Our first follow-up disc honored TNG's beloved two-hour, three-era, time-spanning finale episode on its 20th anniversary in 2014. Here you get over an hour and 10 minutes from four 1994 extended conversations in my never-released chats with TNG/DS9/VGR writer-producer MICHAEL PILLER and prolific TNG/DS9/VGR/ENT director WINRICH "RICK' KOLBE, both of whom have passed on ... plus the episode's co-writers at this early point in their careers: TNG/DS9 writer-producer RON D. MOORE, later of Battlestar Galactica fame, and TNG/VGR writer-producer and ENT co-creator-producer BRANNON BRAGA, later on Cosmos and Salem ... IN THEIR OWN VOICES, FROM SPRING 1994. The 2012 debut disk carries a theme of those Treklanders no longer with us. For an hour and 18 minutes, you’ll enjoy never-before-heard comments and stories from TNG/DS9/VGR writer-producer MICHAEL PILLER, TOS/TNG actor MARK “SAREK” LEONARD, TNG/VGR/ENT/film 1st assistant director JERRY FLECK, and TOS/TNG producer BOB JUSTMAN ... IN THEIR OWN VOICES.

A portion of all proceeds goes to support The Con of Wrath documentary project.

As always, thanks for your support of TREKLAND.

Go way behind the scenes in a series of never-before-heard interviews, remastered from the archives of Larry "Dr. Trek" Nemecek, longtime author, editor and archivist.

You can order TREKLAND: On Speaker Volumes 4 or 5 with Paypal using the form below.

(Vol. 1, 2 and 3 are sold out and no more CDs will be produced. If you'd like to be notified when it's available digitally or via special event, sign up for updates.)